Boundary disputes often occur due to a lack of clarity in title deeds/plans and the reliance on Land Registry records which only show general boundaries between properties.

As land surveyors in Northampton covering East Midlands, London, Northern Home Counties and the East of England, A.D.S. & Associates can accurately map and measure the features on a property to provide a clear basis on which further investigations or decisions can be made in a boundary dispute. By analysing the often-confusing title deeds and associated legal documentation as well as gathering any other historical information we can usually determine the location of a legal boundary.

It has been the case that when questions arise as to the location of a boundary, some early action in determining its location prevents painful and costly disputes.

A.D.S. & Associates offer a range of boundary-related services which include: 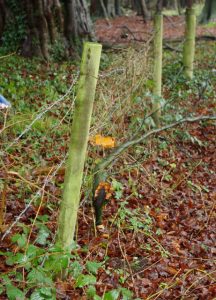