Aerial photogrammetry is an extension of the subject of aerial photography and it allows the rapid gathering of geospatial and visual data when compared with more traditional survey techniques.  It would complement rather than replace the more common methods of gathering data such as topographical surveying though it has some specific outputs.  It can be used in a number of applications such as architecture, mapping, flood modelling etc. especially where access is difficult, unsafe or impractical.

Below are examples of products created using aerial imagery. 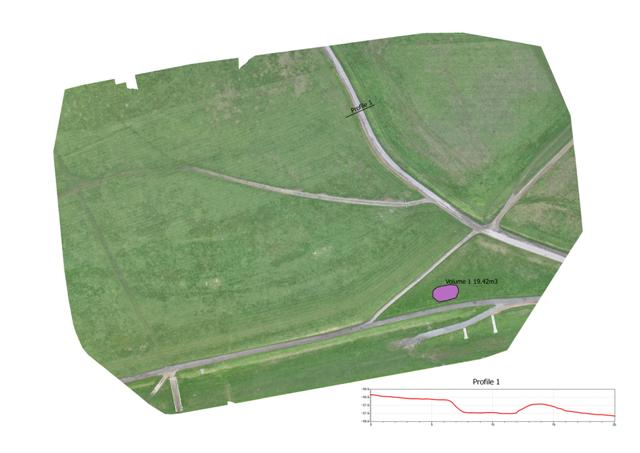 2.  Contours generated by photogrammetry software.  The formats are CAD and GIS compatible. 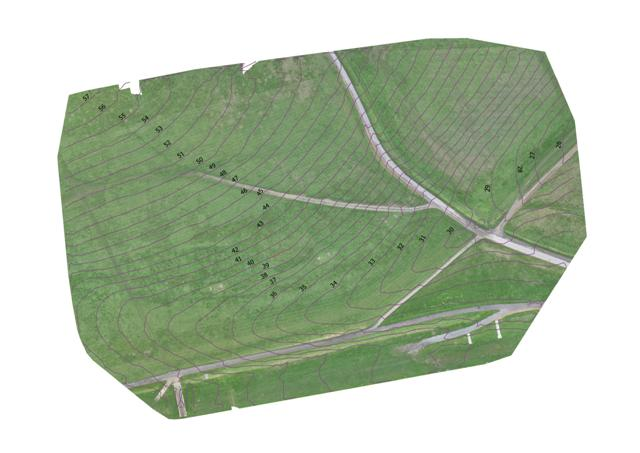 3.  A colour representation of the digital surface model.  The model can be generated in CAD and GIS formats, such as a raster image, shp, xyz, csv files etc.

4 .  A simple diagram with arrows showing the direction of flow.  The larger the arrows the steeper the fall. 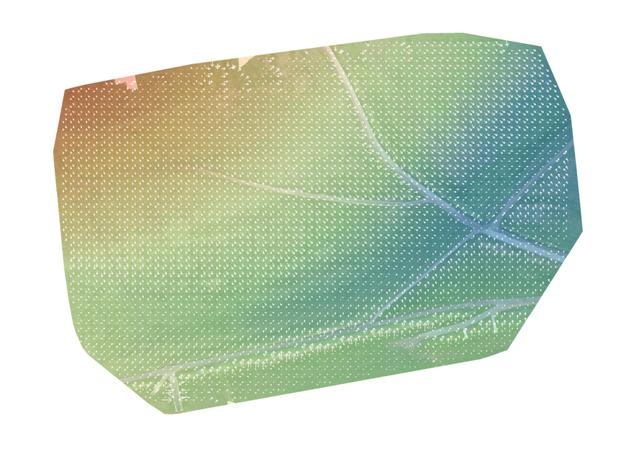 5.  Hillshade.  Simulates sunlight from a given height and direction. 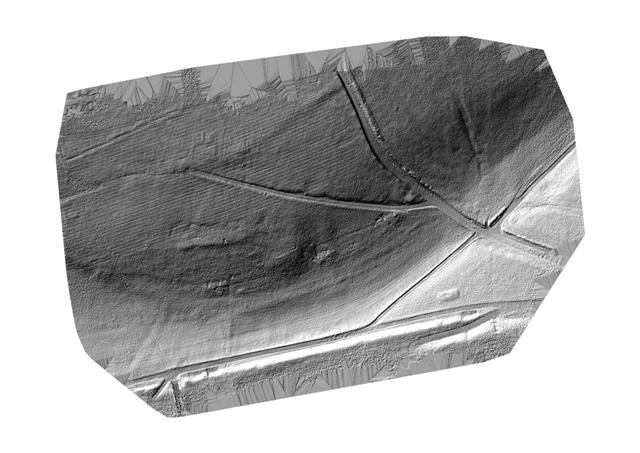 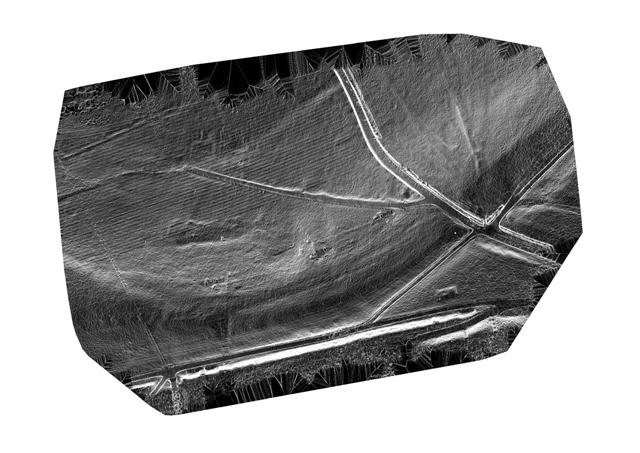 7.  Section of the survey showing generated spot heights from photogrammetry data.  In trials the difference between generated heights and those measured on hard surfaces with survey level GPS instruments has been as little as 13mm. 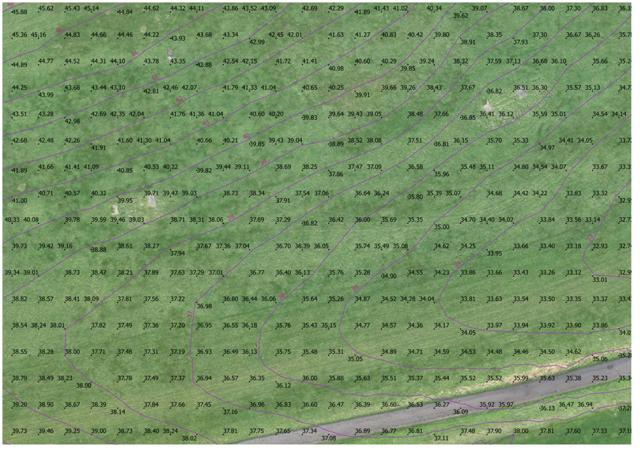